The Importance of Resilience Planning in Infrastructure Projects: The Trump Challenge 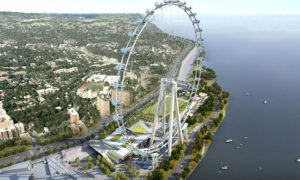 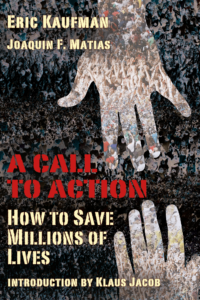 The elevations of the airports are 20.6 feet for LaGuardia and 13 feet for JFK. Sea Level Rise (SLR) by 2100 is estimated to increase 2-6 feet at these locations; and subsequent SLR in the 22nd century may experience geometric or exponential SLR growth rather than linear increases beyond the mid -21st century projections, depending on our actions in the coming decades.

We, at the Natural Resilience Foundation (NRF), a public charity that has as its main mission to build awareness about climate resilience believe that there are enormous opportunities for the private sector in this emerging field; roughly estimated at $647 Billion, climate resilience is already projected to triple the size of 2017 worldwide digital advertising revenues. At The NRF, we also believe in what we have termed the S + R paradigm; both sustainability + resilience are needed in the deployment of all public and private investments of capital. According to the world’s largest engineering firm, AECOM, ordinary worldwide infrastructure (without resilience components) is estimated at $2 trillion per year currently. With extreme weather events increasing, the need for resilience planning will continue to be of considerable importance to proper infrastructure planning.

In the instance of the two airports, how might we combine sustainability and resilience in the infrastructure planning process? We know that certain things must be put in place as part of the planning, design and construction phases of the projects. Ideally, all buildings will be “wet flood proofed for the first two levels;” i.e., water should be allowed to flow through these levels (+30 feet above grade) and parking levels would seem to make the most sense. That would allow passenger flow to largely occur above +30 feet plus any additional landfill to further increase elevation for potential future SLR. The mechanical systems should be substantially higher than 30 feet and ideally housed in a tower at a higher point of base elevation. Finally, stormwater management procedures have to be put in place for things like green roofs and waste water treatment techniques. The New York Wheel project I was actively involved in during its early planning stages had these types of resilience measures built into its design.

Our book A Call to Action: How to Save Millions of Lives http://amzn.to/2nvl2v8 lays out the elevations of many U.S. cities’ airports and NYC’s are among the lowest; in fact, we feel most comfortable with a minimum elevation of 100 feet above sea level for an airport as they are such a public necessity in today’s global economy. NYC will not be able to cost effectively reach 100 foot elevations, but if they effectively wet flood proof 30 feet plus base elevations of 13 and 21 feet, we effectively have base flood elevations of 43 and 51 feet. Now, the issue of increasing elevation through landfill becomes a cost-benefit issue.

Can we think about this increase in elevation on a cost-benefit analysis basis that includes a triple bottom line rather than just financial considerations? Keep in mind, that landfill costs are astronomical and already heavily environmentally regulated to add even more to the cost. The triple bottom line considerations involved are social (from inconveniences due to inclement weather to potential deaths from flooding issues), environmental (these areas are close to environmentally sensitive water areas and issues of noise and air quality are real issues) and ideally, lastly, purely financial considerations of the proverbial “bottom line.”

We got to thinking – how could we combine sustainability and resilience as part of the planning process for these immense infrastructure projects? The answer is part of what we are now terming: The Trump Challenge. President Trump has pledged $1 trillion for national infrastructure projects and if property S + R was included the cost might be an additional +/- 10%. If we start to consider our infrastructure in hundreds of years rather than 50 years perhaps the additional costs can be justified. Early on we considered climate resilience investment tax credits (CR-ITCs) as a method for funding projects like the NYC airports. President Trump has advocated private sector involvement in these infrastructure projects through investment tax credits so the CR-ITC concept could be initiated here. Potential reductions in the income tax rates could lessen the efficacy of any CR-ITCs so this may be less of potential benefit to any private capital raising efforts.

Back in June 1986, President Trump challenged then Mayor of New York City, Ed “How am I doing?” Koch that he could refurbish Wollman Skating Rink more efficiently and cost-effectively than the City of New York; Koch accepted the challenge and Trump performed and triumphed.

We are now asking President Trump, to consider a much bigger challenge in his home state. His Secretary of State is the former CEO of ExxonMobil, Rex Tillerson, a company that has been embroiled in decades of culpability at the notorious Newtown Creek, a Superfund environmentally tainted site located near both Greenpoint and Williamsburg, Brooklyn; areas popular with young people, and a site that provides an excellent source of airport land fill if cleaned up properly (more about this process a little bit later). Another potential cleanup site is the Gowanus Canal where an enormous amount of tainted land fill could potentially be used if administered to properly. Taking landfill from these sites would prove mutually beneficial to four distinct areas of New York City and cost effectively solve the landfill solution.

The importance of finally cleaning up Newtown Creek and Gowanus Canal is that residential development has started in these areas and lives could be at stake. The economic dawdling of the past decades by municipalities, large companies and lawyers has resulted in more than one “cancer cluster” due to industry misdeeds.

The Trump Challenge and proposed solution is to take “tainted” landfill from the Superfund sites and create a “concrete bathtub” for buildings and other infrastructure improvements like runways and roadways. The Concrete Bathtub concept is a proven engineering technique where a concrete foundation, including a gas vapor barrier to hold in toxic material, is coupled with tainted soil and then topped off with several feet of pristine clean landfill and capped with asphalt or concrete to finish up the “bathtub.”

If we were spending $15 Billion we would like these projects to last 100+ years and not the typical 50-year time horizons. Let’s have a little respect for our human capital and take pride in our work. Some simple math: $15 billion for 50 years is an average cost per year of $300 million for NYC airport infrastructure. If S + R were factored into, with an estimated 10% cost differential, the math would look like a total cost of $16.5 billion over 100 years, or an average cost per year of $165 million, or a 45% reduction in annual expense with a doubling of the life of the infrastructure improvements. Even if the cost differential was 100% and the cost was $30 billion if the duration of the improvements was doubled the average annual cost would be the same but it would be much more difficult to finance the transaction at such a high initial cost. The key is to find a balance between “pennywise and pound foolish.”

New York City and New York State have become well known globally as leaders in sustainability and resilience. We now present The Trump Challenge and invite our President to come to the party; climate is good business; there are profits to be made and jobs to be created. LaGuardia and JFK Airport can be models to municipalities worldwide or a disappointment if corners are cut and bureaucracies can flourish. #infrastructure, #climateresilience, #airports, #JFK, #LaGuardia, #ACalltoAction

Previous StoryAbout Self-Publishing
Next StorySocial Media and our Social Skills