As I write this I am at a very nice Airbnb condo in Oslo, Norway Day 5 of a 17 day sojourn to figure out how Europe is doing with respect to sustainability and resilience in some of its major northern European cities: Hamburg/HafenCity, Copenhagen, Oslo, Stockhom and Helsinki. I end the trip basically with six nights in Prague, a central European city I have wanted to visit for many years.

Unlike most of my other European trips in the past, this one has no rental of an automobile and relies heavily on mass transportation, either by train or airplane.

As you can imagine, Copenhagen and Oslo appear to be very sustainable; Hamburg/HafenCity as well but possibly a little less sustainable than Denmark and Norway, although HafenCity appears to be the most resilient with its definite focus on re-developing the old Port of Hamburg into a thriving resilient community. My research here is very limited but I think we can safely say that all three countries are more sustainable and resilient than the U.S. Hamburg, Copenhagen and Oslo are extremely bike oriented, as is Amsterdam and the emergence of the electric car in these cities far surpasses the U.S. Copenhagen has the energy of New York City, but instead of automobiles the energy is generated by bike riders, all pedaling maddly to their destinations (at the expense of walkers, I might add).

Whether these cities are resilient is dependent upon an issue that is affecting both Europe and the U.S. It is the proverbial “800 pound gorilla in the room”: immigration, specifically in the instance of northern Europe a largely Muslim migration from south to north, including Pakistan, Somalia and to a lesser extent other middle eastern countries like Afghanistan and Syria.

Since 2016, the Dalai Llama has weighed in on the immigration issue, especially with regard to Germany and Syrian refugees, and an article by Alex Pietrowski and Waking Times seems to adequately convey his position.

The video in this article is particularly disturbing so I would rather focus on the Dali Lama’s sentiments as it relates to the NRF’s Plan Relocation efforts. I now see that because many countries in Europe have tried to remain an “Open Society,” they have been penalized with a truly staggering influx of non-white Muslims into their society requiring enormous financial resources to maintain these refugees. The notion of compassion is discussed by the Dalai Lama and he says that too much compassion can compromise a society and its individuals; in some ways, that appears to be happening but at the same time, Europe appears vastly wealthy especially when compared to refugee countries.

There is definitely a clash of cultures by the European Refugee crisis — clearly Muslim culture is starting to overpower what I would call the White Quasi-Secular Society.

At the risk of being labeled an iconoclast, I would venture to say that fundamental religious beliefs, whether they are Muslim, Christian or Jewish are all potentially dangerous, especially when physical and/or sexual violence is involved. Frankly, any effort to assert control over a particular area by overpopulating it also seems like an unfair and a selfish/self-serving reaction to acts of compassion from a host country. This reaction is counter to any organized religious beliefs, in my opinion.

As I write more, I see that the building of a Wall to deal with the U.S./Latin American crisis rhythms nicely with the isolationism of the 1930s exhibited by European leaders who helped spawn Nazism and Fascism less than ninety years ago.

Conversely, somes countries in Europe (especially the Scandinavian countries) appear to be bending over backwards to not appear racist or isolationist in any shape or form. The result is the deterioration (in many ways more rapid than gradual) of traditional European values, which I would call “Secular Christianity.”

Not to be racist, but the non-white populations are overpowering resident populations and requiring them to support them through welfare strategies that are truly unsustainable, resulting in deterioration of economic conditions and a lower standard of living for the particular country as a whole. This overall strategy, whether it is a fundamental Islamic plot or not, is irrelevant to me as the concept of religion is to bind back and not divide. For me, true religion cannot condone any form of physical or sexual violence and I think it is here that I differ from many of my fellow human beings.

Back in 2014, I proposed in an essay entitled, “Of Prudence and Endurance” an economic solution that involved providing land and resources to refugee populations but rather than assimilating them into existing societies, they would be paid commensurately less for their work but eventually achieve assimilation into the society, should they so desire.

Seeing the crisis, in both the States and Europe compounding rapidly because of either overly compassionate solutions (Europe) or isolationist solutions (the U.S.), I update the essay to say having refugee populations be given land and resources sufficient to be self-sufficient and self-governing appears to be more beneficial than assimilating into the fabric of existing developed societies.

Several years back, I attended a New York Times seminar about Climate Adaptation and it was found at a Syrian refugee camp that if the U.N. allocated specific rations to refugees it was less successful than having VISA come in and set up the financial systems to allow the refugees to be self-governing and self-sustaining through the natural cultural norms established by refugee populations.

Any notion of growing populations to overturn existing political and social regimens appears to be totally unfair, especially since the refugees should naturally be in a weaker position than their providers, at least until they prove they wish to assimilate into a particular society. That said, if they do not wish to assimilate maybe it is a question of how to allocate resources so refugee populations can build their own relocation communities along the lines of their beliefs and practices.

The $25 billion U.S. solution to build a wall between the U.S. and Mexico could be much better spent, in my opinion, allocating land and resources for self-governing refugee communities within the U.S. Just my opinion.

In terms of planned relocation communities, there has been talk through organizations like Thrive that there are FEMA detention centers in the U.S. that will act like refugee camps. Following the ideas outlined in Prudence & Endurance I have always preferred a manufacturing and services base along the lines of company towns that made America great over the last few centuries.

Perhaps Europe and the U.S. have to rethink their immigration strategies now and choose a more humane but firm status that this land is not refugee land but a compromise can be made to give refugees the ability to self govern with some reasonable forms of assistance from the relocation country. Not free social services that allow refugees to actually move back or redeploy assets to their countries and continue to receive aid from their host countries as is often the case in Europe and the U.S. alike.

I will continue to explore these issues as I continue my trip to Stockholm and Helsinki. 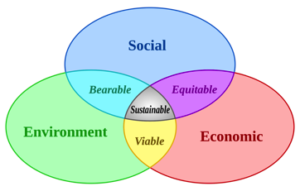 Previous StoryA New Model For Our World Economy — Provocative! Read At Your Own Risk
Next StoryTowards a matriarchal society